I’ve reignited my interest in radio technology as of late (unfortunately while I should be revising for second year university exams - hey ho).  This all kind of came about after playing with the Xbee modules I’ve been using with the Arduino prototyping platform that I’ve started playing with recently - they’re great little modules that abstract away the complexity of radio modulation and provide long-range (ish) links as a simple serial interface.  But that’s for another post. I’ve been using my Funcube Dongle (FCD for short) which is a lovely little SDR (Software Defined Radio) built in the form factor of a little USB key with an SMA connector on the end of it.  I’ve been using it to explore the various radio signals I can pick up around my home; there’s a few interesting little signals that show up really nicely in a simple SDR application like HDSDR for Windows or DSP-Radio for Mac OS X. 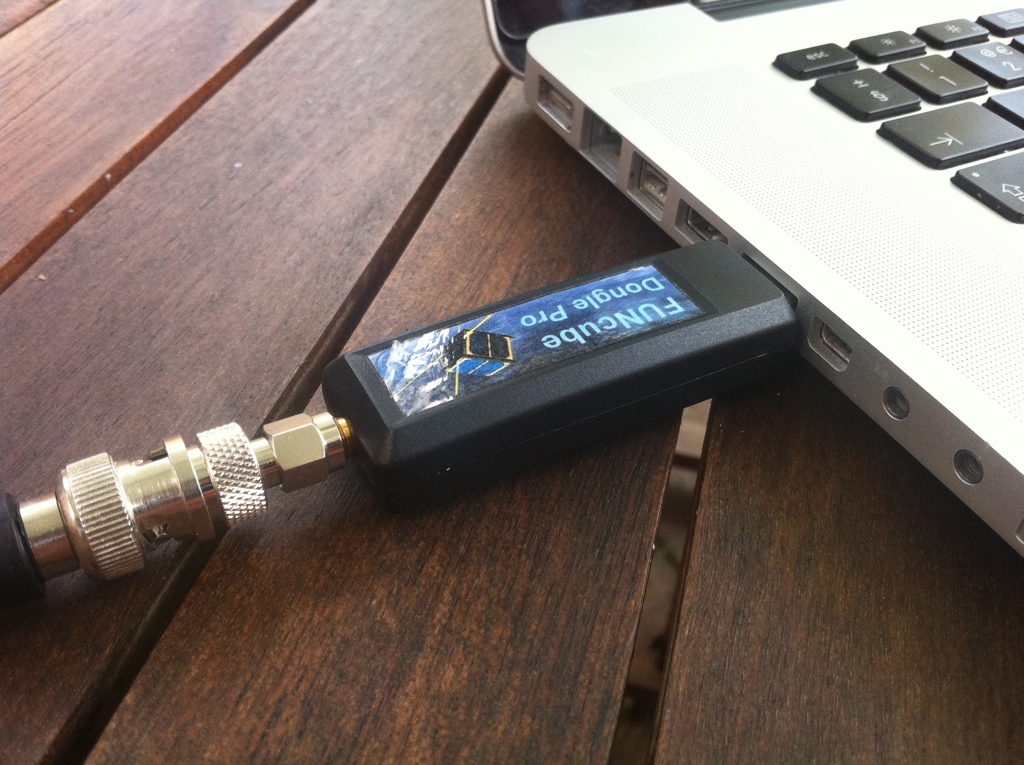 The Funcube Dongle basically appears to the OS as a soundcard and an additional USB device that can be used to set the various parameters for the chip-chain within the device (gains, filters, and the tuning, for example).  Combined with some software to show an FFT (Fast Fourier Transform) waterfall and optionally play the received waveform through the computer speakers, you can have some fun finding interesting signals.  Of course, you’ll need an antenna to attach to the SDR device; I went with a cheap option from Maplin that has a good wide frequency range.  I also needed a BNC-to-SMA adapter (pictured above) to connect it to the FCD. One of the more interesting areas of the spectrum (once I’d done the obligatory listen to a local FM radio station - which worked great by the way!) was the 433Mhz band.  This is a ISM (Industrial, Scientific and Medical) band assigned to short range (low power) communication between devices.  Everything uses it.  Remote controls (that don’t use IR…) mostly, but also many older (and some newer) products marketed as “Wirefree” or “Wireless” too.  Manufacturers of many newer devices have started to use higher frequencies like 2.3-2.6GHz.

To name a few devices I could identify (mostly through mashing buttons on them and looking at the FFT display!) - a wireless alarm system, central heating control panel and remote control socket adapter all proved to use the 433MHz band. There were also a few other signals that were chiming in occasionally that I couldn’t identify in my home by moving around and trying to judge where the received power of the signal was higher. I assume these are outside of the house, perhaps a neighbour’s doorbell or alarm system? In any case, the results were interesting - here’s a shot of the FFT while I was mashing the buttons on the relay socket remote: 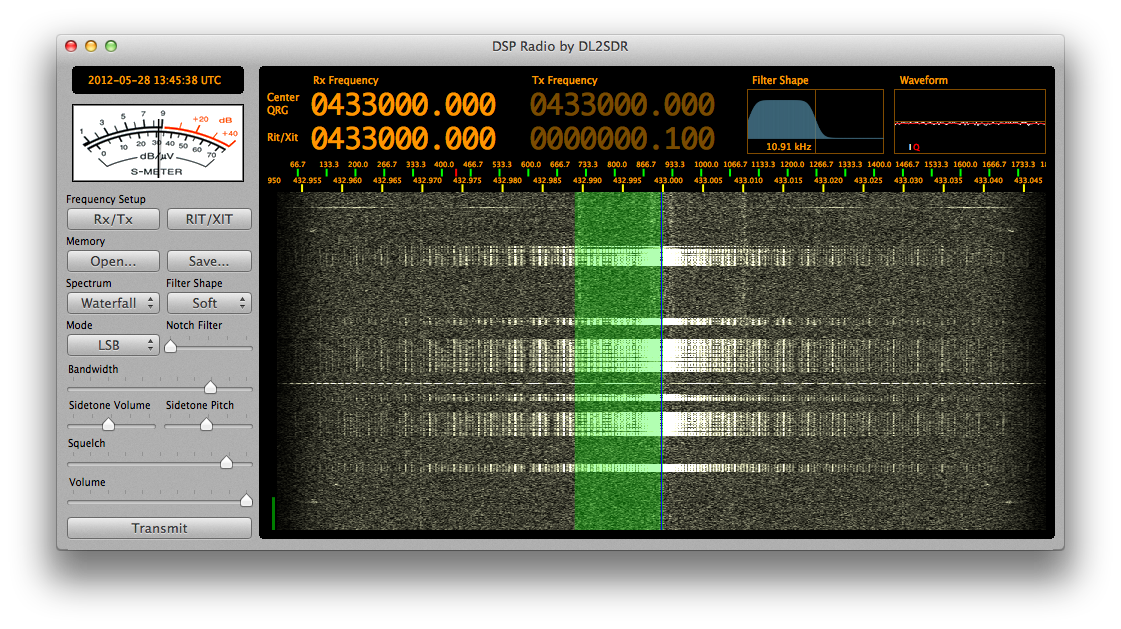 The controls to the left aren’t really so relevant in this case because all I wanted to do was identify when devices were transmitting. Equally it turns out walking around in a room with the Wirefree PIR (Passive Infrared) sensors in it or opening a door armed with a Wirefree door contact sensor caused our alarm system to do some talking too. You can also see some very feint background transmissions here too. I think I’ve typed enough rubbish for today - I’ll post again covering some of the Arduino-related shenanigans I’ve been up to after the exam period is over. If I’m still alive. Laters.

During the summer holidays, my friend and I installed a CCTV system at my home...

Ok, so for anyone who doesn’t know what b2bFront is, here’s a quick synopsis: b2bFront...